Craig Foster – The Octopus Teacher and the Origin of Man

The Origin of All Man

In this episode we hear from Craig Foster who is in the South African parliament and he is talking to us about his wonderful adventure with a live wild octopus.

Craig will be making a film, book and exhibition about his journey with a live octopus. Craig says that the “liquid superstar” octopus has taught him so much about nature. Firstly we learn that if we take all time on earth and condense it, the octopus has lived for 1000 years and humans have only lived for one day. That’s an immensely long amount of time.

Human kind literally begun in South Africa and Craig says that it is on the shores of South Africa that we became humans in the mind. African on the Cape Town coast were the first people to make art. Some of the art from the area is the oldest on the earth.  The oldest science on earth was created in Africa over 100,000 years ago. There is so much history on the South African coast and such a wonderful relationship with nature that it really is something special. Every single human being on earth has its origin in South Africa. Craig has even gone to the extent of organising a remake of the first divers from way back. The amount of health and vitality that Craig built up while diving every day for a whole year was quite incredible. His body built up brown fat reserves after a yearlong and so he could dive for a few hours in the cold after without a problem. The octopus is a master of camouflage and the pictures Craig has from seeing it out on the sea bed is fantastic, it literally cannot be seen. After a while Craig was eventually accepted by the Octopus and it even utilised him in its hunt for prey. The octopus had also let Craig put a mini camera inside where it lives and you could even see other catches that it had caught.

Then along came the evil octopus catchers. After building up a relationship with the anima Craig was hurt very deeply by seeing the octopus being caught in nets and other horrible ways.  Craig was very hurt and told us that we must look at the whole ecosystem instead of just the one species. Craig found that the octopus favourite food (abalone) was also being affected by pollution. There are so many empty shells in the water it’s a disgrace. Moreover there is a lot of drugs and violence that are now involved in poaching and it’s a real big issue. Craig spoke to a fisherman who thinks that fishermen should really go back in time and use old techniques to fish.

For every 3 breaths that we take, 2 of them come from the ocean. That’s an astounding statistic when you look at how quickly the ocean is deteriorating and the ecosystem is going with it. South Africa has an excellent ecosystem and is very lucky in that it is still teaming with wildlife above and below the ocean.

Governments need to include deep science in their decision making ability and it simply must move up the importance scale. Craig will continue to promote his story and the changing nature of the ecosystem below the surface. 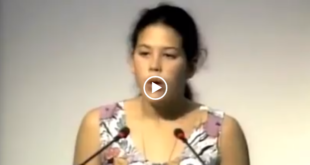 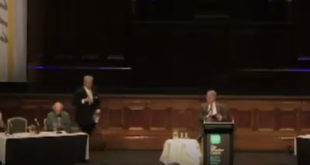 The World Needs to Hear This

Planet Earth – As We Eat Our Way To Extinction