This episode is brought to you from Stellenbosch which is university town and vineyard central where people go to turn into adults from young men and women.

Jason tells us about the water and soil samples he took from various areas surrounding Stellenbosch and that the report is still being formed. He tells us that the report had to be done now because there is a significant risk facing people because of the microbes being wiped out. The owners of the vineyard have had to wipe out all of the soil and put in a whole new layer of top soil. The new mixture of the soil is so rich that a lot of the soil is totally dead below it.

However there is a chemical called 4.4dde which is a derivative of dtd which has a lot of negative consequences to it. dieldrinis an organochloride which is found in the Stellenbosch vineyards and it had an issue where it biomagnified in the food chain. There were also long term implications for animals including humans. The chemical is like Parkinson’s disease and other terrible things. The soil in the Stellenbosch vineyards tested positive for the chemical.

Jason asks how this can be allowed to happen in the middle of a city. Why this can happen is beyond Jason’s belief because the grapes that are being harvested are filled with dieldrin. Perhaps Deildrin is inside all of the wine that’s produced in Stellenbosch which would be terrible for any pregnant woman.

Jason went to the university areas where a lot of top South African rugby players go to and finds out that even local doctors have been complaining about health problems. Moreover the rugby players have also been complaining about all sorts of allergies. The use of toxic substances is prevalent in the Stellenbosch area and it really has quite a damaging effect. Jason interviews a student from Stellenbosch and she does not know what dieldrin is. This is not uncommon because many students will react in the same way and the student thinks that the use of the chemicals is just for greed and probably a short cut to get money which is not far from the truth.

How a vineyard located in the heart of where all the young people live can continue to use a chemical like dieldrin which is so damaging to people is simply beyond me. It is not acceptable and needs to be stopped immediately. 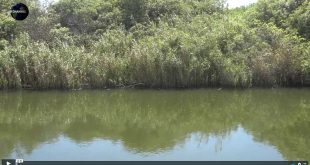 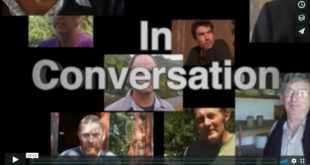