Nuclear vs Renewable – A sane view

Filmed for Cape Town Television (7.30pm Monday and repeated Friday 10.30am) and released here on Mother Channel. Jason Sole provides a thought provoking mind experiment on what could be termed the evolution of electricity generation and an urgent need for sanity when deciding on our energy future.

He first lays out the concepts that drive the apparent desire for nuclear energy, these include energy mixing which is a concept utilized by governments around the world to ensure energy security through diversity in type of supply. This concept is outdated because you only require diversity if you have an underlying industry that can be manipulated by shortages or pricing variation. In a world of renewable where the sun/wind/waves power your cities there is no longer a need to diversify into outdated power supply sources.

The primary assault points against nuclear energy include the carbon chain supply (uranium mining) which is never taken into account when calculating the output of a nuclear facility, nuclear waste, water consumption, potential for meltdown, construction costs and delivery times of all nuclear reactors around the world. None of these make any sense as to why you would still continue with nuclear as potential source of power generation.

Add to this then the concept of renewable in the form of solar, wind or waves. They cost less, they can be delivered on time, there is zero ongoing feed requirement outside of the sun (in the case of solar) and now with the development of super capacitor batteries you can quite literally power and entire city at a fraction of the cost.

Perhaps most compelling is this shift which is the real take home from all of this text and this movie. All excess generation derived from renewable resources MUST be given back to the population and local business communities as pure benefit. It is by applying financial breaks in power costs that we can expand the economy and create further employment.

The movie is roughly 30min but we hope you will see this as a starting point for where would like to start taking this discussion.

Analysis: How much will new nuclear electricity cost South Africa? 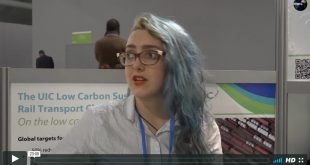