Luke Meets John Turner – The Role of Carbon in Soil

This video see’s Luke speaking to John Turner and this tie the discussion is about the role of carbon in Soil. It is not fully understood in the general populous of the full effect of carbon in the soil. The carbon cycle is a fundamental part of life on earth. ‘Soil organic carbon’ (SOC) – the amount of carbon stored in the soil is a component of soil organic matter – plant and animal materials in the soil that are in various stages of decay.

Soil organic carbon is the basis of soil fertility. It releases nutrients for plant growth, promotes the structure, biological and physical health of soil, and is a buffer against harmful substances.

Soil organic carbon is part of the natural carbon cycle, and the world’s soils holds around twice the amount of carbon that is found in the atmosphere and in vegetation. Organic material is manufactured by plants using carbon dioxide from the air and water. Plants (and animals, as part of the food chain), die and return to the soil where they are decomposed and recycled. Minerals are released into the soil and carbon dioxide is released into the atmosphere.

Luke tells us about how the chicken industry is a truly horrific example of how soil is not looked after but where mass amounts of chickens are brought up in tiny amounts of space and disease is encouraged. He adds that the effect of bacteria in the soil can affect the human health as well. Mr. Turner says if you get a situation where the soil becomes contaminated then we as humans can start to ingest the bacteria in the soil. This goes without saying is a negative thing.

Mr. Turner tells us about stem growth and how you can measure the content of the sap. This is very helpful because it produces readings where you can see the pathogenic symptoms and see the susceptibility to fungi. Mr. Turner tells us about the prisoner plants and prisoner trees and how they can be used creatively and effectively. For example he has shaped his own tree and diversity to be sustained in his own area.

Soil carbon has declined significantly in many soils since they were cultivated for cropping – consequently these soils may be less able to supply nutrients to meet plant demand. High levels of organic carbon helps to maintain agricultural production through its positive role in maintaining soil health, raising fertility, reducing erosion and encouraging soil biota. Mr. Turner and Luke discuss the general lack of education around the use of soil and carbon in general. People don’t seem to know that carbon is the second biggest element besides hydrogen. Humans are made up of carbon but humans don’t seem to appreciate its importance. The lack of knowledge is frightening said Luke and he talks of a farmer that did his own research on carbon and bio carbon. However most people simply turn their noses up on the topic and that is what needs to change.

So to conclude with the key thing to learn from this video is the lack of education we have around carbon and its uses. The final guest speaker in this video explains how education from conferences, schools. Practical experiences are essential for future generations. He adds that Carbon saves water, saves fertilizer, enhances microbial activity, enhances cell structures and reduces erosion, helps to prevent nutrient loss and hold on to ammonia and volatile components. The guest speaker adds that carbon is a sponge that compresses nutrients and releases it. 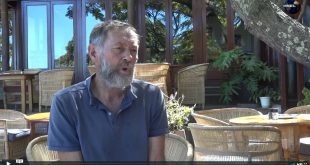 ‘From the Ground Up’ ~ Conscious, Productive, Natural Ecosystems equals “Health”! 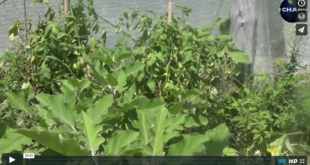 IN THE GREENHOUSE WITH LUKE BOSHIER