At this panel discussion, Stuart Scott, (Founder of United Planet Faith & Science Initiative) introduces the panel speakers on the subject of Global Population Growth and its effects on the planet’s Climate, held at COP 22, Marrakech.

Scott poses a rhetorical question: ‘Population – How do we avoid catastrophic climate change without addressing our booming population’?, and introduces a short video by Laurie Goering titled ‘What does population mean for climate change’?, whereafter he introduces the session subject: Exploring the link between population and climate change.

Nalini Singh (Program-Manager, Asian Pacific Research At& Resource Center for Women, Malaysia) speaks on Sexual Reproduction and Health Rights (SRHR), as defined by the UN, WHO and ICPD, based on two key concepts, i.e. The Right to make decisions on reproduction and sexuality, free from discrimination, coercion and violence and The Right to the highest standard of sexual reproductive health. As quoted by Nalini Singh: “In the work that we do, we advocate for comprehensive quality, universal sexual reproductive health information and services to all”, unquote.

In a question posed to the panel by Scott, viz; How are SRHR, population dynamics and climate change linked? The panellists responded as follows:
Raymond Ruyoka (Advocacy Officer, Reproductive Health, Uganda) – the link is diverse in sense of the impact of high population numbers and the pressure on natural resources and the environment, a case in point is my country, Uganda, the population increases every year by 3%, that means in next 10 years it will have increased to 50%, placing an ever increasing pressure on the resources and environment, making the need for SRHR services and a contraception plan very necessary, in order to control population growth, and especially family planning which would assist greatly in reducing the impact and pressure on natural resources and the environment, ultimately helping to address climate change in the long-run.
Zerihun Dejene Fittheawek (Population Health Environment, Ethiopia) – when we talk about climate change adaptation it means reducing vulnerability, i.e. reducing vulnerabilities of our systems, segments of the communities in terms of resilience and general reduction in systems, structures and human elements in terms of capability improvement for resilience.

A synopsis of some key statements during the panel discussion, viz;
Nalini Singh – ‘the discussion of Population must not focus on population size, but rather on building healthy, happy and resilient communities’.
Stuart Scott – ‘It is important for us to realise that each person on this planet contributes towards climate change and that the responsibility to manage the overall contribution lies not only within the governments and environmental enthusiasts but with US ALL’!

Previous UK ~ Climate Change “Worries” and Solving the Problem!
Next “Trauma of Natural Disasters” ~ Healing through the Arts 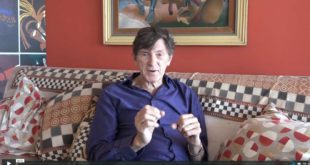 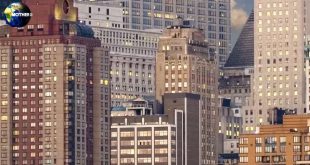 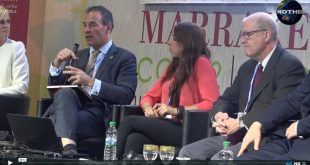