This project is the same as discussed by Dr. Sergio D. Claure but this is more the meat of the project plus the social or community based collaborations that had to take place. Interesting to note the views of a population that has a massive glacial lake on a mountain top above their city. Many fear the flood but other fear the loss of the water resource.

Interesting to note the link up between Satellite imagery and what is referred to as “ground truth”, much of the work here was verification of what an image was saying and checking the hard facts on the ground. Using this method scientists and engineers were able to ascertain discrepancy between images and hard ground truth. In some cases the satellite image would indicate a high degree of danger whereas the ground fact showed it to be less dangerous and vice versa, on the ground a dangerous position was indicated on satellite as being okay. Shows you the weakness of merely scanning an area for risks.

As mentioned above, much of the work done in Andes-HiMAP was community based and a certain level of translation had to be done between scientific information and broad based community understanding.

More information on both speakers and Andes-HiMAP can be found here: 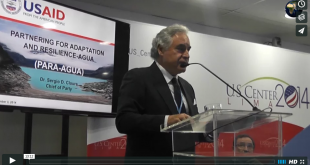 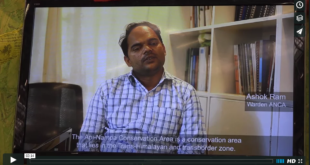