Home / Environmental Info / Water / Water Scarcity and Drought in the Cape ~ Water, Water Everywhere….. not a drop to drink!

Water Scarcity and Drought in the Cape ~ Water, Water Everywhere….. not a drop to drink!

Professor New speaks about how global warming (GHG forcing of climate) affects the global hydrological cycle as the globe warms and specifies two main resultant actions, viz; Warmer surfaces (land or ocean) = more energy available for evaporation process and Warmer atmosphere = greater water holding capacity. He shows how an increased speed in the process of evaporation has also resulted in an overall hydrological cycle speed increase – with more frequent global rainfall, and a change in terrestrial hydrology – how the groundwater storage and river flows are affected.

In terms of water catchment areas, in any particular river basin or river catchment around the world, the impacts of global climate change will flow through the change in the global hydrological cycle, but what actually happens in that catchment is around the specifics of how rainfall and evaporation change in that particular catchment. Therefore, the projections of potential change in the rainfall for the southern region, our best guess is for less rainfall over the Western Cape including an increase in evaporation due to a warmer climate, so we have both rainfall and evaporation potentially pushing our Western Cape catchments in the same direction of less river flow!

With terrestrial hydrology there is a very intriguing complication that’s a byproduct of global warming which is known as the ‘CO2 “fertilization” effect, (CFE) i.e. with increased carbon dioxide in the atmosphere, the nett effect is that there is less total evaporation from vegetated surfaces, resulting in an offsetting effect that in vegetated areas, the CFE is actually increasing the water use efficiency of plants (in theory) these being more experimental results, however, through recent research and experiments, this effect has been detected in large-scale river flows as well. (phys.org/news/2016-04-co2-fertilization-greening-earth.html)

Watch more in this presentation by Prof. New on:
> How changes in air circulation have also had an effect on mid-latitude storm tracks, specifically cold fronts in the southern hemisphere.
> The issues of Water Security/Scarcity, e.g. there not being enough natural water to supply demand, with some cases of natural water being accessible but not captured, managed or delivered, especially in developing areas.
> A Western Cape Water Supply System (WCWSS) diagram with every dam included on the map is discussed. The overall water usage of 2014 is included, with Cape Town having used 66% (mostly due to domestic water use), agriculture 30% and other municipalities 4% of supplied water. A worst case scenario projection with regard to Climate Change is also shown and discussed, which includes past recordings of rainfall and reservoir levels.
> Human Forcing of Climate – has it changed the risk of Dry Years?  This segment discusses the fractional attributable risk of the current drought.

Climate change is not solely responsible for our current drought risk – natural variabilities have actually played a bigger role.

The floor was then opened to questions from the audience.

Previous ENN – Desire for a new, more responsible world!
Next Faith tackling the Climate Crisis ~ A Laudato Si’ for the Environment. 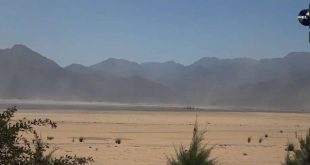 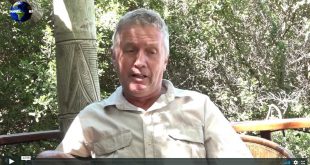