Why South Africa is a Climate Change Criminal (Part 2/3)

In our previous episode, we looked at how badly climate change is affecting South Africa. What is the single cause of all of this climate change breakdown? You guessed it, the F word – Fossil Fuels. A world where there are other causes of climate change, like burning down the Amazon. Almost 90% of Carbon Dioxide Green House Gasses, are caused by fossil fuels, like oil, gas and coal. And as for South Africa, a country like us at the bottom of Africa, with an unidentified leader, can’t be adding very much to the global dump in the sky. Well, much like watching Bafana Bafana, prepare for total disappointment. Let’s get Aweh. We all know South Africa has a crime problem, but did you know that South Africa itself is a criminal – a Carbon Criminal. South Africa is not only the biggest Carbon polluter in Africa, but it’s also the 14th biggest in the world. In 2015, per person, we spewed out more Carbon than the UK, EU and even China. So what’s causing this? South Africa, being a country rich in coal, made sure to develop powerful coal-driven power companies, called Sasol and Eskom. Sasol makes petrol out of coal, but it’s extremely polluting. What Sasol’s coal to liquid plant, Secunda, the single largest point source of Carbon Dioxide emissions than anywhere on earth. Just these two companies as well pump out more than half of South Africa’s entire Carbon emissions, today. Sasol alone emits more Carbon Dioxide than whole countries, like Ireland and Portugal. I asked environmental activist, Makoma Lekalakala how Sasol and other major polluters are getting away with this. “I think they are hiding behind loopholes in the legislation, not to comply, and also the issue that we’re still a developing country, which I believe, whether developing or not…”

Climate Change in South Africa: How Bad Can It Be? (Part 1/3) 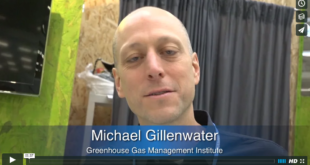