This is December’s episode from the Environmental News Network with presenter Jason Sole talking us through the hot topics in December. He tells us what’s been happening in the ENN world recently including flying the team off to Cop23 among other things.

Jason seems to think there has been a shift away by the public where public is starting to re-absorb their power and start to take actions into their own hands. This can be signified by the United States where the cities stated they have been taking great strides towards achieving their climate change objectives. In South Africa there is a lot of distrust for a centralised government with regard to whether they are still doing tax avoidance and plundering among other things. South Africa is aware of the drought crisis and “D-day” however Jason finds the whole thing furious as there were a lot of pre warnings to the centralised government about how the water was running out.

Jason asks how the government will solve the problem in 2017 if they could not solve it in 2009. People are spending a lot of money on their own water equipment so that they can supply themselves as it seems all confidence has been lost in the state. People are no longer relying on the city to get their own water. People are buying their own air to water machines along with boreholes and many other types of water extraction. This is really an interesting experience that the people of Cape Town are going through, it may not be a pleasant one but it does indeed show how people can be very resourceful when they are really pushed to the edge and how the government and its councils are really not so efficient/effective.  As Jason says, the public is “re-absorbing” its power and proving their independence.

The new concept is the “Nuclear deal” that is being forced into the face of the South African people. The empowerment of the people is a very interesting one and shows that when it comes to it the government of South Africa is exceptionally useless and corrupt. Conversely the Nuclear deal that’s being pushed down the throat of South Africans by influential NGO’s is in actual fact the exact opposite of what the country needs. The deal will cost 1trillion rand and is the exact opposite of what the country needs. The nuclear system is not even needed in this country. The same country that cannot even educate its population effectively and still has massive poverty is trying to put more burdens on the tax payer.

Consider this, there is no solar farm in the whole country but the government had a clause that anybody who wants to set up a solar farm must have experience. How is this possible when the government themselves know and have all the information to prove to themselves that the country is solar farm free. The government is now trying to shove another trillion rand down the throats of the people and put yet more burdens on its tax payers.

Jason believes we need to move away from the idea of the central government controlling things and to empower the people instead. He may have a point if you think about how the government of South Africa has destroyed the wellbeing of its people and been completely corrupt since its inception. There must be ways to absorb and take more power back from the government including education and the well-being.

If you take the current Listeriosis outbreak into account, a disease that can cause severe illness, including severe sepsis, meningitis, or encephalitis, sometimes results in lifelong harm and even death. This is a very recent outbreak within South Africa and yet another example of how the government here is really not ready or prepared to look after the education or health of its people. The government simply sells to the highest bidder and looks out for itself.

However people never devised the idea of an economy in the first place. People are born and study the systems that they are forced to submit to in order to survive and they do not ask questions otherwise as to why those systems are in place and what the real purpose is. To add to this there is the fact that irreversible damage has been caused to the environment and 1500 scientists signed an agreement to confirm this after the Cop23 event. The climate shifting is causing these events on the ground. The specialists have confirmed that climate change is the real issue and these are people that have spent their entire lives on the subject.

We will finish with the lesson of not taking as gospel the words of any government in any country around the world. Canada for example portrays itself as a very green country with acres of forests and low emissions however it also exports shed loads of oil. There are many countries similar to Canada who lies to themselves and the public. Be aware.

We are approaching the flying insect Armageddon. We are fast approaching the end of all insects which in turn can end the whole of mankind. This can be avoided but not easily and not without the people empowering themselves and coming together. 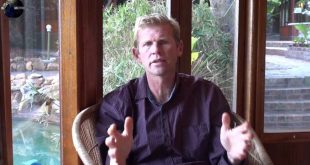