In an exclusive interview with Mother Channel, Professor Peter Wadhams leading Arctic scientist and Head of the Polar Ocean Physics at Cambridge University talks on some of the ‘Worries’ particular to the UK and ‘Urgent Actions’ required, at COP 22, Marrakech.

Responding to a question on ‘How UK will be affected by global warming in the future’?, Wadhams cites overpopulation, food production and shortages, and in terms of energy, in theory, Britain should be one of the best places for implementing renewable energy as UK has more resources in wave energy and ocean currents than most other countries, however, in principle, UK seems to be lacking in motivation, engineering skills, etc. in these type of fields, i.e. renewable energy – we ought to be leading the field in terms of engineering design, (UK designed the first wave-power devices and current turbines), but due to non-allocation of funding to develop the technology on these new designs further, they have become redundant, so when wind turbines were introduced into Britain, we became dependent on Denmark for these, not being able to make our own turbines, and loss of engineering and manufacture skills, which affects us when it comes to survival in an unfriendly world that is going downhill.
In terms of sea level rise, the biggest problem would be London because the existing sea barrier, the Thames Barrier, in past years only had to be raised about once a year, but now it’s raised between 20-30 times a year due to sea level rise bringing us higher tides – ultimately, London could sustain a sea level rise of 5.2 meters and plans are in place to address this possibility in stages. However, the Eastern coastline, Norfolk, Suffolk, Essex, etc. are not addressing the issue of raising the flood defences in the area, but abandoning some of the coastal terrain and allowing it to become a wetland for ecological reasons – region will be the most at risk in terms of sea level rise due to it being a flat, low-lying region in UK.

With respect to the American situation, Wadhams mentions a book titled ‘High Tide on Main Street’ by John Englander, which looks at sea level rise from a very realistic perspective and focuses on the problems that the USA is facing, with New Orleans, Miami and Florida coastline being noted as being at risk in terms of the earliest casualties of sea rise in America.
Ports around the world will definitely be affected by rising sea levels, especially those in low-lying coastal regions, e.g. Shanghai, a low-lying city with a network of sea-level canals utilised mainly for freight traffic, who would be heading for a major disaster if their canal walls are not raised sufficiently to cater for at least 1.5m sea level rise.

Speaking of methods for carbon dioxide removal of out of the atmosphere, i.e. direct air capture of CO2, if really serious research was started now, then we have a reasonable chance of saving ourselves and the planet. Ultimately, global warming is due mainly to carbon dioxide in the atmosphere, if we can get the current levels down (+400ppm down to 280ppm) as well as stopping or kerbing emissions simultaneously, then by researching and implementing processes and programs for capturing carbon out of the atmosphere and bringing existing levels of CO2 in the atmosphere down – that would be the most important and urgent research need for the whole human race!

Previous This is our home.
Next Climate Change Impacted by Booming Global Population? 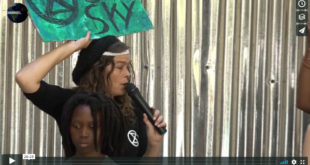