This video is featuring Dr. H.-O. Portner & Dr. L. Levin among other speakers discuss some intriguing topics such as the term “global stock take” and what it actually means.

Moreover we have another excellent question put forward by Judy Sole to the panel and Judy explains that we have just 12 years before we are all gasping for breath which is quite a morbid concept. The Speaker Dr H-o Portner tells us that the claims have been much exaggerated and we will be alive. However Dr Portner tells us that there is indeed a small decline in oxygen in the atmosphere but humans will stay alive however there will be a fair amount of ocean life that cannot be sustained. The speaker Mrs Dr Levin tells us that in her local ocean over in south California has lost 30% oxygen however it is still hosting plenty of sea life.

Dr Levin explains how the habitat compression of certain species is a sad effect because some fish must go into different areas to survive where they get preyed upon by predators that they didn’t previously have to worry about. In addition we are told about the PH change on the papa New Guinea reefs have destroyed the corals.

The panel discusses the chemical effect of 80% of all chemicals that end up in the sea have created a massive amount of dead zones. There currently are 6 dead zones in the sea (see link below, The Guardian) Ocean dead zones with zero oxygen have quadrupled in size since 1950, scientists have warned, while the number of very low oxygen sites near coasts have multiplied tenfold. Most sea creatures cannot survive in these zones and current trends would lead to mass extinction in the long run, risking dire consequences for the hundreds of millions of people who depend on the sea.

Dr Levin tells us that there are about 500 ocean dead zones at this moment in time and that climate heating is exacerbating the problems. Moreover she adds that the number of dead zones is growing and it is not slowing down which is not good.

So the picture globally is one that is developing however the original issues still remain which is not good. Education about the topics continues to be essential and the dissemination of knowledge through to younger generations needs to continue. 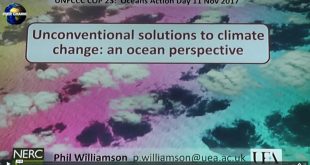