Two examples are given by Mr Heinz Kopetz of World Bioenergy Assoc. (WBA) of communities and regions in Europe that have made tremendous progress in transforming existing fossil fuel energy systems to renewable energies in their areas.  First, rural area in Austria, Murau district with +- 30,000 inhabitants , converted their existing energy systems over a period of +- 14 years to achieve an almost 100% total renewable energy solution in 2014, by focusing on processes they could change with existing resources and a clear-cut methodology for transforming the system. The applied methodology started with the establishment of an ‘Energy Competence Centre’ for the region that co-ordinated all the iniatives, i.e. Awareness building, Light tower projects, new Heat Initiative (bio-energy, solar, etc) for district heating, Heat contracting and an E-mobility initiative. In 2020 the Murau District will produce more renewable energy than they need.

Second example cited was that of the city of Pécs in Western Hungary with a population of +- 160,000 and their transformation over a period of approximately 10 years to renewable energy through the conversion of their two existing power plants, one coal-fired converted to wood and the second, a straw-fired power plant that was planned and implemented during the period 2007 to 2013, effectively replacing the existing gas plant.  In 2014, the two biomass CHP (Combined Heat & Power) plants produced a capped output of 300 MWH (Megawatt Hour), which supplied all their required heat and electricity needs way in excess of their requirements.  Mr Kopetz’s closing observation: “In comparison to the local initiatives, the global data reveals that ‘the world is still moving in the wrong direction’! – Fossil fuels grown five times faster than renewables in only 2 years (2010-2012) and CO2 emissions have increased by 4.7%.  It has become very clear that we (collective), have to find ways on ‘How to Co-ordinate these local initiatives to a Global movement’.

Dr. Tanay Sidki Uyar of World Wind Energy Assoc. (WWEA) stated that Bioenergy has an important role to play towards the Green Energy implementation and solution globally : energy end use efficiency and 100 % renewable energy. The transition from fossils fuels, expensive and polluting energy systems to clean, cheap and sustainable renewable energy systems are in progress globally and are becoming economically viable everyday. Bioenergy with its municipal, agricultural and forestry waste to energy options is decreasing the size of the energy problem at the same time contributing to the solutıon. Renewable energy resources are available free of charge and the technology is commercially available for competitive prices, we only need decision makers who are in the solution side. Renewable energy is getting cheaper as used more, while fossil fuels are getting expensive as they are used less. 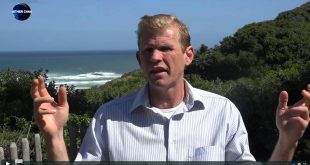